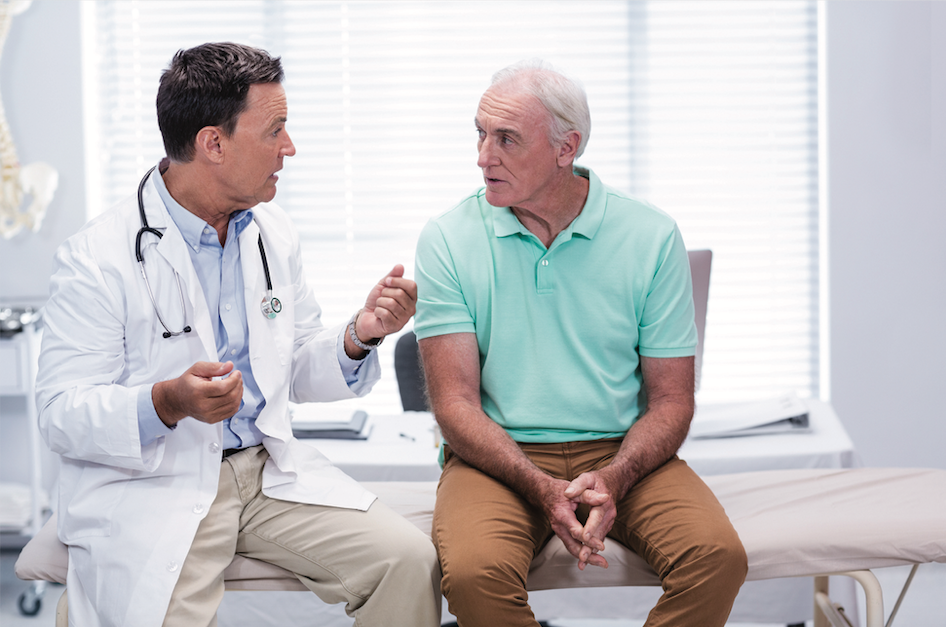 If you’re a male over the age of 45, chances are you may be suffering from a condition more common than prostate cancer – benign prostatic hyperplasia (BPH). More commonly known as enlarged prostate, BPH can cause bothersome urinary symptoms that can worsen with age. In fact, nearly 40 million men in the United States are affected by enlarged prostate, according to research published in the “Journal of Urology.”

Signs You Should See a Urologist
An enlarged prostate obstructs the bladder opening and can lead to a myriad of bothersome urinary symptoms. Symptoms of BPH include frequent urination, a weak or slow urine stream, incomplete bladder emptying, difficulty or delay in starting urination and a urine stream that stops and starts. It’s important to see a physician if any of these problems arise or persist.

Enlarged prostate can also cause loss of productivity and sleep and, in some cases, can lead to depression. According to a survey sponsored by NeoTract, one of the most common symptoms of BPH – interrupted sleep – is also impacting men’s partners. Sixty-four percent of women surveyed who were affected by their partners’ BPH symptoms said it impacts their sleep, too. 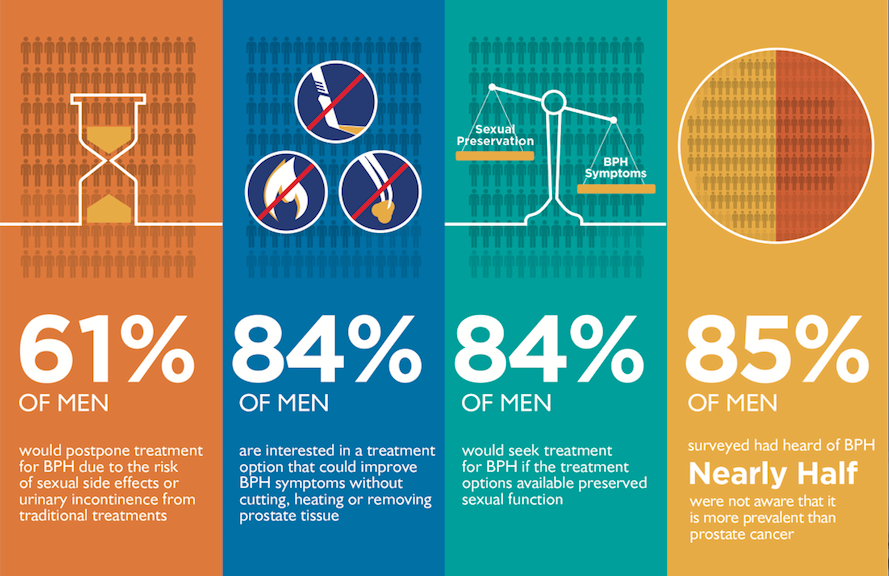 Traditional Treatment Options
Medication is often the first-line therapy for enlarged prostate, but relief can be inadequate and temporary. Some patients may suffer uncomfortable side effects from the medications, including dizziness, headaches and sexual dysfunction, which can prompt them to quit using the drugs.

“Medical and surgical treatments for BPH ranging from medications to surgery have been used for decades with varying degrees of success and side effects,” said Dr. Steven Jensen, of Tri-City Urology. “Medications can be helpful in relieving symptoms for some men, but patients must continue taking them long-term to maintain the effects.”

The classic alternative for patients who opt against medication is surgery that cuts, heats or removes prostate tissue to open the blocked urethra. Jensen said surgical options such as transurethral resection of the prostate or photovaporization of the prostate are usually effective. However, these options typically require general anesthesia, overnight hospitalization and post-operative catheterization. Surgery can also increase the risk of erectile dysfunction or loss of ejaculation.

An Alternative Treatment Method
Another option for men looking to relieve their BPH symptoms without undergoing major surgery or taking long-term BPH medications is the UroLift System treatment, a minimally invasive procedure that takes less than an hour and doesn’t require any cutting, heating or removal of prostate tissue.

A urologist uses the device to lift and move the enlarged prostate tissue out of the way so it no longer blocks the urethra (the passageway that urine flows through). Tiny implants are then used to hold the tissue in place, leaving an unobstructed pathway for urine to flow through normally.

Most common side effects are mild-to-moderate and include pain or burning with urination, blood in urine, pelvic pain, urgent need to urinate or the inability to control the urge. The procedure has a low catheter rate and most symptoms resolve within 2-4 weeks after the procedure.

Engage at Every Age